Amazonite: The Stone Courage and Truth

Called the Stone of Courage and the Stone of Truth, Amazonite empowers one to search the self and discover one’s own truths and integrity, and to move beyond fear of judgment or confrontation with others to live in alignment with those beliefs and values. It provides the freedom to express one’s thoughts and feelings, and to set strong and clear boundaries, both internally as self-discipline, and externally on what one is willing to experience or in defining personal space. [Eason, 286][Simmons, 22][Ahsian, 22]

As a metaphysical healer, Amazonite soothes the chakras and aligns the physical body to the etheric. It is particularly rejuvenating to the Heart and Throat Chakras, enhancing loving communication on all levels. It balances one’s masculine/feminine energies as well as many aspects of the personality. It awakens compassion for others by allowing one to perceive both sides of a problem and accepting differing points of view. [Melody, 106-107][Hall, 50][Simmons, 22]

As a powerful talisman of healing and prosperity, Amazonite has been used in jewelry and cut into beads since the time of the early Mesopotamian cultures. Well-known in India, Egypt, Sudan and Mesopotamia, it was a popular amulet stone and was once used as decorative material for building facades. It was carved and cut into tablets for the Egyptian funerary text, Book of the Dead, and an Amazonite scarab ring was found among Tutankhamen’s treasures. It was believed to be the third stone in the breastplate of the Jewish High Priest. [Altman, 18][Mella, 71][Simmons, 22]

Be the first to review “Amazonite Pendant” Cancel reply 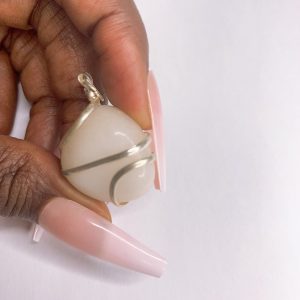 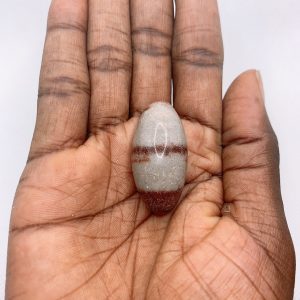 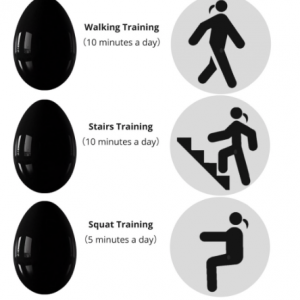 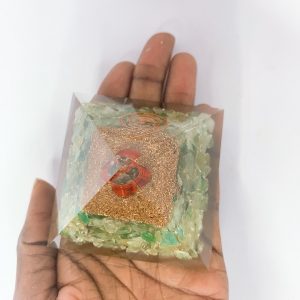