Smudging is a cleansing ceremony used to help people, places, or even objects get rid of negative energy or even bad spirits.

Burning sage is one of the oldest and purest methods of cleansing a person, group of people or space. This 4″ wand will last weeks if burnt daily, or longer is burnt less.

Used in rituals and ceremonies for centuries, white sage is often burned to create its intended effects. Burning sage is a ritual known as smudging. Smudging is a cleansing ceremony used to help people, places, or even objects get rid of negative energy or even bad spirits.

Be the first to review “White Sage Torch” Cancel reply 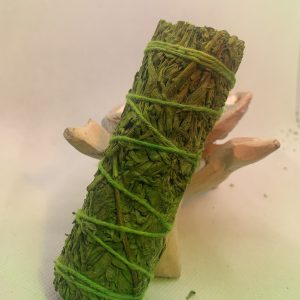 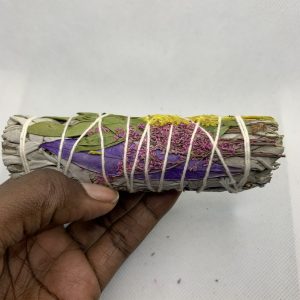 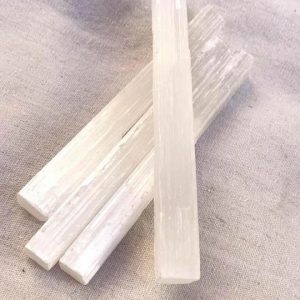